Three Healthy Things That Can Make You Sneeze

When people sneeze, they automatically connect their reaction to allergies, the common cold, or other nasal irritants. It's true that these are some of the common causes of sneezing, but they aren't the only ones. In fact, even some healthy things can make you sneeze; here are three examples of such things:

It's a fact that sex has several health benefits. As strange as it may seem, however, sexual arousal can trigger sneezes in some people. In fact, you don't even have to perform a sexual act; in some people, even sexual thoughts may be enough to trigger a sneeze. It seems this phenomenon is more common than people think, but why does it happen?

Exposure to sunlight helps in vitamin D synthesis, helps with mood enhancement, and may even lower your blood pressure.  However, sunlight can also make you sneeze. This phenomenon, which scientists have given the term photic sneeze reflex, is more likely to occur if you have been in the dark for some time before exposing yourself abruptly to bright sunlight. It is so common that some statistics claim it affects up to 35% of the world's population.

The photic sneeze reflex occurs when the nerve signals get mixed up causing light signals to be sent to your nasal cavity and triggering the sneezing reflex. It may also occur if the stimulation of the eyes (by sunlight) causes stimulation of other parts of the body including your nasal membranes.

Regular physical exercise has well-documented health benefits; for example, it can help you manage your weight, mood, and sleep. Nonetheless, physical exercise can also make you sneeze or even make your nose runny. It seems that physical exertion dries up your nose and mouth; your body then triggers your nose to start dripping to moisten the dry parts. It is the nasal drips that cause you to sneeze. Exercise-induced sneezing may also be caused by a change in temperature. As you know, your body gets heated when you exercise. If you then walk into a cold area, your nasal membranes may respond by contracting, which results in a sneeze.

The good news is that sneezes induced by the above things are likely to be short term. You may need a nasal spray from a company such as Dymista if your sneezing doesn't seem to stop or is accompanied by a stuffed nose. Consult your physician if that doesn't help. 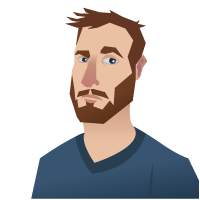